Insurance exchanges are the health-care experiment du jour. Retirees are the test case.

The latest indication: Media-company Time Warner Inc. TWC +0.71% plans to move its U.S. retirees from company-administered health plans to private exchanges, according to a person familiar with the matter. The company will allocate funds in special accounts that retirees can use to go shop for coverage, the person said. 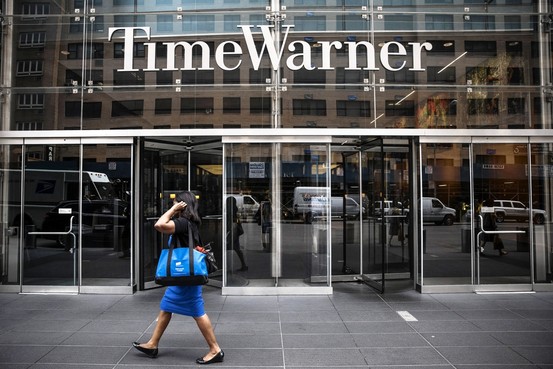 The news comes as International Business Machines Corp. IBM +1.14%also plans to move about 110,000 of its own retirees off its company-sponsored health plan to a Medicare insurance exchange.

President Barack Obama‘s health-care overhaul calls for such exchanges, which will go live next month, and employers are looking at similar, privately administered exchanges as an alternative to offering their own health plans.

Yet while these efforts are just ramping up—and creating a good deal of anxiety in the process—hundreds of thousands of retirees are already using exchanges to pick Medicare plans, and many more are likely to do so in the months ahead as companies look for ways to fix their health-care costs by moving to the “defined contribution” model they adopted for pensions years ago.

Extend Health, the Utah-based exchange owned by Towers Watson TW +6.18%& Co. that IBM picked for its retirees, was founded in 2004 but has grown quickly recently as more employers have signed up.

Extend Health has signed up around 300 companies, and the pace is quickening. It had just three corporate customers at the end of 2007 and just 76 at the end of 2010. About a third have joined in this year alone.

Bryce Williams, managing director of Towers Watson Exchange Solutions, which runs Extend Health, said the exchange has moved more than 500,000 retirees over to its service. IBM will add to that total when it starts moving retirees over next year. Mr. Williams said the technology company will be one of the five biggest participants in the program.

Time Warner‘s TWX +1.30% shifting of its U.S. retirees to the private exchanges will take effect on Jan. 1, the person familiar with the matter said. The company sent the retirees a memo explaining the change several weeks ago. Time Warner believes the shift will give it greater visibility into its future health costs and give retirees more insurance choices, the person said.

Reuters earlier reported that Time Warner was making the shift.

“Companies are moving away from retiree health plans generally as costs become prohibitive in some instances,” said Ariel Gonzalez, director of federal health and family government affairs for AARP.

He said that the advocacy group for older adults generally sees exchanges as a positive development but that it would be a concern if companies use them to cut benefits significantly or shift a lot more of the cost. “If cost sharing becomes too burdensome for retirees, then that would definitely raise concerns,” Mr. Gonzalez said.

Exchanges such as Extend Health generally present policies from a range of insurers and let individuals choose what best meets their needs and budgets. The aim is to create competition that keeps costs down.

Ralph Haus, a 69-year-old former IBM engineer who retired in 1994 after working at the company for more than three decades, said the move came as a surprise though he didn’t fault IBM. He said he was concerned that he might not be able to keep the coverage he had at a similar rate.

He would prefer to have the option to use the money he gets from IBM to buy insurance from a carrier or exchange of his choice. “By using Extend, I am not sure I will get a policy that best meets my needs,” said Mr. Haus, of Leander, Texas.

He said he planned to drive around 25 miles to Austin, Texas, on Monday to attend a session on IBM’s plans. “The jury is kind of out in terms of what is going to be offered to IBM retirees,” he said. “The way it is being implemented is the issue I had.”

IBM and Extend Health said nearly all retirees will be able to enroll in plans that will be of equal or better value than what IBM currently offers.

Mr. Williams, of Towers Watson, acknowledged that the transition often causes concern. “This starts out being scary for most people,” he said.

He estimated that only 10% of corporate retirees have used Medicare exchanges but that the percentage will grow rapidly as more companies conclude they can’t continue to afford paying for retiree health care. “There are still quite a few others coming,” he said. “We are at the front end of the wave.”

DuPont began making Extend Health available for around 80,000 Medicare-eligible retirees in January. The move was made to stabilize costs and simplify the administration of retiree-health benefits, a spokeswoman for the chemical company said.

Instead of subsidizing retiree health premiums directly, IBM will give retirees an annual contribution through a health-retirement account that they can use to buy Medicare Advantage plans and supplemental Medicare policies on the exchange, as well as to pay for other medical expenses.

IBM retirees have a big incentive to pick insurance through plans offered by Extend Health: Retirees who are eligible but don’t enroll in a plan through Extend Health won’t receive the company contribution.

—Amol Sharma contributed to this article.