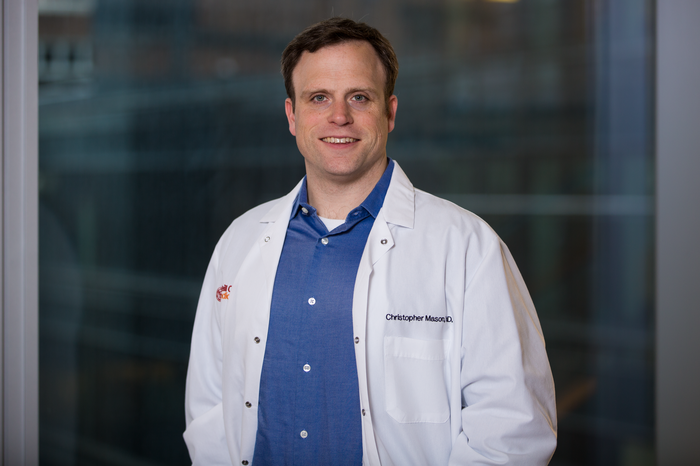 Weill Cornell Medicine scientists have built the first global database of clinical trials testing a rapidly expanding approach to cancer treatment that involves genetically modifying immune cells to recognize specific targets on a patient’s cancer cells and attack them. By analyzing the approach, called chimeric antigen receptor (CAR) therapies, the scientists designed a “therapeutic roadmap” that identifies all current therapies as well as additional cancers that can be treated with them. The roadmap also reveals designs for entirely new CAR therapies that can lead to increased efficiency and safety.

One of the biggest complications with CAR therapies thus far has been the potential for toxicity, since healthy cells may express the same targets on their surface as cancer cells. The study offers investigators a greater ability to identify risks in CAR targets and find additional targets. The CAR Global Trials online database is a comprehensive, searchable resource that includes information from all current clinical trials for CAR therapies (totaling 501), along with robust data about the expression of molecular targets in both normal and cancer tissues.

“The National Institutes of Health’s clinical trials database does not include sufficient information about CARs being tested, their targets or anticipated toxicities,” said Dr. Christopher Mason, an associate professor of physiology and biophysics at Weill Cornell Medicine and a director of its WorldQuant Initiative for Quantitative Prediction, along with Dr. Olivier Elemento, which aims to pioneer new predictive algorithms in medicine. “There was a clear need to improve access, enrollment and utility for these therapies. We also wanted to predict where these cancer treatments could be used next and how we could design novel CAR therapies that should work even better.”

“Our map enables clinicians to filter and solve for highly specific trials, guiding therapeutic options, and it helps patients find trials quickly,” added Dr. Mason, who is also an associate professor of computational genomics in computational biomedicine in the HRH Prince Alwaleed Bin Talal Bin Abdulaziz Al-Saud Institute for Computational Biomedicine, an associate professor of neuroscience in the Feil Family Brain and Mind Institute and a member of the Sandra and Edward Meyer Cancer Center at Weill Cornell Medicine. “It also provides extensive information for researchers designing future clinical trials, and bioengineers working on developing future generations of CAR, including those with ‘programmable switches’ and customized receptors.”

In their paper published Jan. 6 in Nature Biotechnology, Dr. Mason and colleagues describe how they built the CAR Global Trials database with Natural Language Processing (NLP) methods and datasets from the NIH’s database ClinicalTrials.gov, as well as three complementary databases containing information about the molecules being used or considered for use as targets in CAR therapies: the Human Protein Atlas, the Genotype-Tissue Expression and the Differentially Expressed Proteins in Cancer database. The team—which includes Weill Cornell Medicine investigators Drs. Gail Roboz, Monica Guzman and Ari Melnick—also provide an analysis of the current landscape of CAR clinical trials.

CAR therapies are a rapidly expanding area in cancer research and the number of clinical trials conducted around the world increased four-fold from 2014 to 2018. Some patients treated with these “living therapies” have experienced complete cancer remissions. However, a majority have also experienced treatment-related side effects, such as a condition called low-grade cytokine release syndrome that is characterized by a large and rapid release of immune molecules that can cause nausea, fever, rapid heartbeat, low blood pressure and trouble breathing; as well as neurological events, such as temporary headache, confusion or delirium. Fatal side effects—such as high-grade cytokine release syndrome, breakdown of the blood-brain barrier or cardiac arrests—are rare but have also occurred.

In 2017 and 2018, the U.S. Food and Drug Administration approved the first two CAR-T treatments, ciloleucel (Yescarta) and tisagenlecleucel (Kymriah), for patients with certain forms of blood cancers. These therapies use genetically modified immune cells derived from T cells. Some of the newer CAR therapies being tested use engineered natural killer cells, which are white blood cells that are part of the innate immune system, alone or together with modified T cells.

To demonstrate the usefulness of their database, the scientists analyzed over 13,000 potential targets to find candidates for potential CAR cell engineering projects. They generated a set of 65 molecules not currently in use but that are predicted to have a lower risk of toxicity compared with current targets. They further predicted that 17 of these targets may be safer for females and 12 that may be safer for males based on differences in expression in sex-specific tissues.

“We anticipate that our open online platform will improve efforts to match CARs to patients and also aid bioengineers designing future therapies with advanced, programmable ‘logic switches’ that build in multiple conditions,” said first author Matthew MacKay, a Weill Cornell Graduate School of Medical Sciences student in the Tri-Institutional Ph.D. Program in Computational Biology and Medicine. The “logic switches” would work similarly to narrowing a Google search with “AND” or “AND NOT” terms, programming the CAR with more ways to identify cancer and exclude taking action against normal cells.

“We plan to update the CAR Global Trials database annually and update our findings, which is especially important in this rapidly changing field,” Dr. Mason said. “We envision a future where this resource may help clinicians monitor patients’ responses to living therapies and adapt treatment strategies on an ongoing basis throughout their cancer treatment, enabling a rapid and targeted response to the cancer if it changes or resists therapy.”

This study was supported by several grants including from Igor Tulchinsky and the WorldQuant Foundation, The Pershing Square Sohn Cancer Research Alliance, the STARR Cancer Consortium (I7-A765 and I9-A9-071), the Irma T. Hirschl and Monique Weill-Caulier Charitable Trusts, the Bert L and N Kuggie Vallee Foundation, National Institutes of Health (P01CA214274 and 1R01MH117406) and the Leukemia and Lymphoma Society.